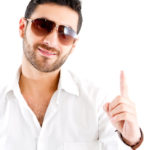 The clock showed 1.1 seconds left in regulation.  The score was tied. Your team has the ball for the throw in from out of bounds.  The referee hands you the ball, and the whistle is in his mouth to signal

the game re-start.  You realize when the target of your throw in touches the ball, the clock will start, and then end 1.1 seconds later.  And you wonder for just a moment, what can we do in that 1.1 second to win the game?

You’ve probably seen this play out many times.  What happens next?  If you make the shot, your team wins. 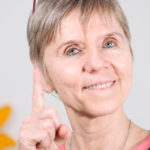 The armchair quarterbacks will debate for days that last 1.1 second, assuming it was the play of the game.  But why does it always come down to the last shot, the last second of a long, deliberately played game?

As I watched the ball leave my hands, my team mate reached for it, and turned to shoot.  Because there were only 1.1 seconds left, a perfectly timed and coordinated catch, turn, and shoot was required.  Just as in the “ready, shoot, aim, misfire” analogy, my team mate was so anxious to turn and shoot, he forgot to focus on “catch the ball” first.  As the ball slid off his fingertips, the clock wound down, and the horn sounded.  Tie game…Overtime.  In the huddle during the break prior to the overtime period, the coach went back to a lesson on fundamentals.  He recalled the

reality of why they were at this point.  The game was tied.  Not because of the last play, but because of so many lost opportunities in the other 59 minutes/58.9 seconds prior to the slip off the throw in.  What could each of us done differently in those other 3,598.9 seconds to make a difference?  Was it one less foul?  Could someone have made one more shot?

Who had the chance to cause one more turnover?  What would one more rebound have resulted in? One more pass? One more block? one more touch? One more… 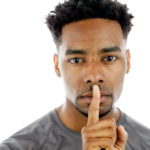 Why does it come down to the last shot?  The last kick shouldn’t decide it all either.  The putt on 18 should be the icing on the cake. The first 8 innings must be more relevant than the diving catch at the wall in the bottom of the 9th.

In the same way, your competitive edge as a leader should not be decided by a last gasp of effort.  There’s more to leadership than that once a year performance review.  Deciding to close a facility, or layoff employees isn’t a surprise event.  The annual strategic planning event doesn’t say it all.  Lean and six sigma requires your constant active buy in.  Your organizations ability to touch one more life 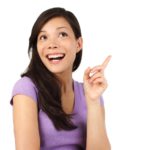 shouldn’t hinge on the last sale of the year.

One more…what can you do, and instill into others to dig deep, and find one more ingredient of success?  In the end, it does matter.

Let’s start a revolution – together.

Start by finding One More thing you can do to walk the talk.

Share the idea with someone else.  Encourage them to dig into One More action they can take.

Gather your Team, instill into them the truth that finding One More will make a difference.

Because that’s all it takes.

If you want to learn more about the Rare Leader™ in you,

or if you are interested in retaining Steve as your Executive Coach,